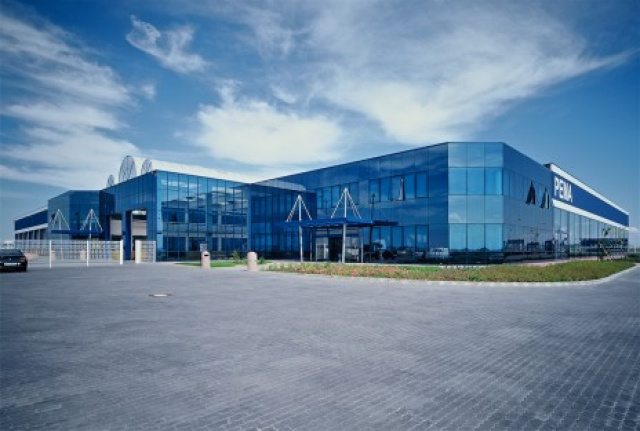 Pema Truck Centrum Zdiby, a commercial and service center lies northward of Prague by the highway to Teplice. Architectonic concept of the whole premises is modest and corresponds with its technical character. 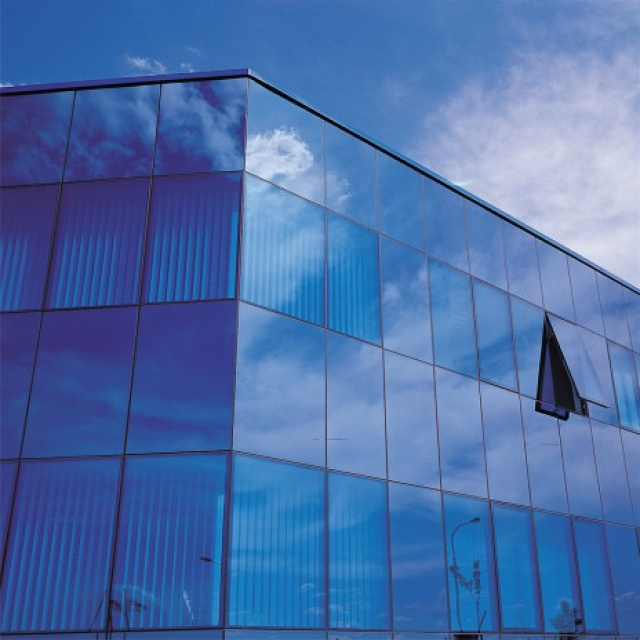 All interconnected buildings are narrow, most of them single-storey ones (service and repair halls) or two-storey ones (administrative parts) and are strongly glazed or with facades done with all-glazed facade envelopes.

Sipral used Schüco systems for envelopes of individual buildings. Dominant areas that are made of FW 5036 structural system alter with smaller areas made of FW 50 system with visible external bars. The whole premises that are made in blue and white have corresponding facade glass type, i.e. Stopsol Supersilver Dark Blue.

All-glazed envelope of the exhibition hall for Volvo trucks is one of interesting technical elements used there. Shop window glazing with insulating glass units of 2,5 x 5 m corresponds to dimensions of the whole hall and the exhibits themselves.

Upon completion of the building it can be said that Sipral participated in a successful realization of these premises constructed in the middle of countryside.

Many developed companies solve the need of new and modern administrative spaces that would suit European trends and represent their owner in the eyes of business partners.

External envelope of the new building that is connected with the original one through a covered tube, is made of a semi-structural facade with framed windows on western, southern and eastern side. Schüco FW 50 was used on the windows and also the 3 meter high glazed skylight in the ceiling (in the shape of tetrahedral pyramid) is made of it.

Main entrance is made of subtle spatial steel structure roofed with a Schüco semi-structural facade under which an entrance revolving door is placed. A big glazed canopy of approximately 50 m2 was also a part of realization.